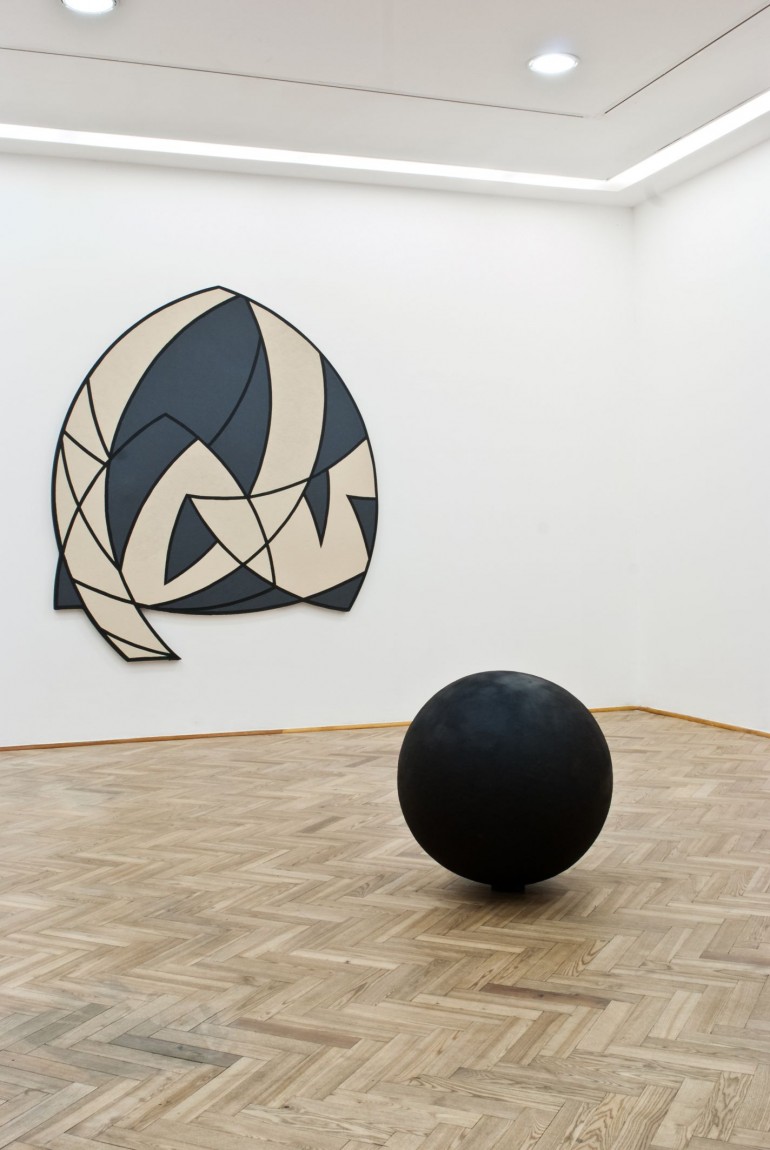 The exhibition of works by Zbigniew Gostomski, a classic figure of modern Polish art, is his nineteenth solo show at the Foksal Gallery. On display in public for the first time are four paintings and a series of six lightboxes wherein the artist employs geometric forms derived from circles, rings and spheres.

Created to a specific system, the circles and fragments of rings in the lightbox series form a fascinating space, disturbing a perception commonly accepted ever since the Renaissance, the viewing a linear perspective traced on a flat surface. Corresponding to the lightbox in form, the paintings also broach the matter of colour’s mutability against its background.

In a narrower sense, Gostomski’s latest work can be considered as an auto-teleological art treating of the classical dilemmas with which a painter is confronted. However, what has also always been important to him is the relationship with our surroundings conceived, for instance, in categories of time or the iconographies of places, symbols and histories. He opens this field up to various interpretations, but he also opens it to arcana.

In art, the circle has myriad meanings. It symbolises, for instance, perpetual law, the original form, perfection of shape, continuity, consistency, material harmony, the unity of time and perfection of motion. Yet it also represents the Cosmos, the absolute, God, eternity and infinity.

It is around the concept of open forms and infinity that Zbigniew Gostomski’s exhibition in Wrocław is focussed. The inaugural exhibition with which the city’s new Contemporary Museum launched its activities on 2nd September this year is a show of Gostomski’s works entitled It Begins in Wrocław. In a sense, the exhibition at the Foksal complements the one in Wrocław. The concepts it touches upon link it to the older works on show there. Yet, at one and the same time, it reveals the search which has engaged this Warsaw artist since 2010.

The existence of an infinite vastness or plane is not something that can be physically affirmed. Its dimension is transcendental, in the sense of an existence beyond the limits of cognisance.