Foksal Gallery was founded in 1966. The idea of founding a gallery with a focus on searching out and highlighting radical approaches to contemporary art, was developed by art critics, such as Wiesław Borowski, Anka Ptaszkowska, Mariusz Tchorek, and artists, including Tadeusz Kantor, Henryk Stażewski, Zbigniew Gostomski, Edward Krasiński and Roman Owidzki.

Since its inception it has been located in an annexe to the Zamoyski Palace. The gallery was named after the street at the end of which it can be found. Foksal Gallery has never identified itself with just one avant-garde artistic movement or a group following a defined artistic programme; rather it has preferred to outline certain landmarks in the specific geography of modern art. As a rule, the gallery fully cooperates with artists in shaping the programme of exhibitions. Close relations between critics and artists, meetings, debates and even disputes have influenced the design of some exhibitions and have even resulted in theoretical reflections on the sense of the gallery’s activity (Theory of Place / Teoria miejsca, Living Archives / Żywe archiwum). The choice of artists who presented their works in the gallery, has defined its position and importance. Many of the gallery’s presentations, demonstrations, actions or activities were pioneering and have become a part of the history of art. Suffice it to mention that world-class artists who have collaborated with Foksal include Tadeusz Kantor, Henryk Stażewski, Edward Krasiński, Zbigniew Gostomski, Lawrence Wiener, Daniel Buren, Ben Vautier, Christian Boltanski and Anselm Kiefer. Notably, only a few made their debut here; many started careers elsewhere and continued them in other parts of the world.

However, there is a group of artists who can be called the actual co-founders and successors of Foksal Gallery. By adopting a system whereby artists take over areas which are normally the prerogative of managers or critics, the artists themselves were assigned with the obligations and responsibility for the gallery’s future and involved in the problems of its daily operation. The artists Zbigniew Gostomski, Edward Krasiński and Zygmunt Targowski designed the gallery interior which has remained unchanged to this day (cabinets, bookshelves and chairs) and the typeface and layout of letters in dispatched invitations and posters displayed outside the gallery. In themselves these are mini artistic masterpieces, through which Foksal Gallery can be identified.

In the beginning Foksal Gallery was run by Wiesław Borowski, Anka Ptaszkowska and Mariusz Tchorek, and later, for nearly 35 years, it was nominally directed only by Wiesław Borowski. In the 1970s the gallery co-operated with art critic Andrzej Turowski, later joined by Milada Ślizińska, Jaromir Jedliński and others. It also attracted great photographers, such as Tadeusz Rolke, Eustachy Kossakowski, Zygmunt Targowski, Jerzy Borowski and Piotr Barącz. Thanks to their work the gallery holds a unique collection of texts and photographic documentation of artistic events covering more than 40 years.

The archives of the gallery are open to the public and are used by a wide circle of art critics and art researchers, and also by sociologists and cultural anthropologists.

From the outset Foksal Gallery has been a not-for-profit project. As a public institution, it went through various stages of reorganisation shaped by top-down decisions. Until 1984 it operated within the structures of the Visual Arts Studio (Pracownie Sztuk Plastycznych), and later it came under the direction of the Warsaw Agency for Art Exhibitions. Currently, it is a part of the Mazovian Institute of Culture (previous Mazovian Centre for Culture and Arts) financed by the Marshal Office of the Province of Mazovia. In 1997 the Foksal Gallery Foundation was established at the Gallery, however, after a few years some of its members left the Gallery and set up a separate institution with different objectives. The Foksal Gallery Foundation at Górskiego Street is a separate body, without any direct links with Foksal Gallery.

The gallery remains a not-for-profit organisation, respecting the fundamental principles set by its founders. The principle of close cooperation with artists is still followed and several generations of artists have already been involved. The gallery’s events involve older artists with an established position in the history of art, such as Zbigniew Gostomski, Koji Kamoji, Maria Stangret, Christian Boltanski and Anselm Kieler; those of the middle generation, including Tomasz Ciecierski, Krzysztof Bednarski, Leon Tarasewicz, Marek Chlanda and Mirosław Bałka and younger artists, such as Wojciech Gilewicz, Daniel Malone, Angelika Markul, Marzena Nowak, Anna Ostoya, Bianka Rolando, Radek Szlaga, Honza Zamojski. The team benefits from the invaluable assistance of Wiesław Borowski.
The gallery promotes young artists and consolidates works by the older generations. Favouring individual artists over artistic trends, it ensures artistic freedom and the possibility of full personal development. With the bouyant growth of the arts market and new galleries springing up aiming for a quick profit from the sale of works which are frequently of dubious quality, Foksal feels obliged to defend high artistic standards, not necessarily reflected through market value. As often happens, some of the most interesting things are born far away from and with an ironic slant on commerciality. To be fair, Foksal Gallery is not against commerciality itself but promotes the preservation of space not embroiled in market mechanisms, where independent artistic criticism can be pursued, without the burden of pressure from the gallery owners. 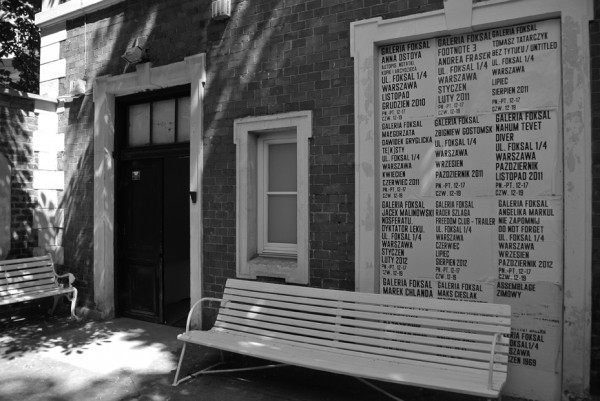 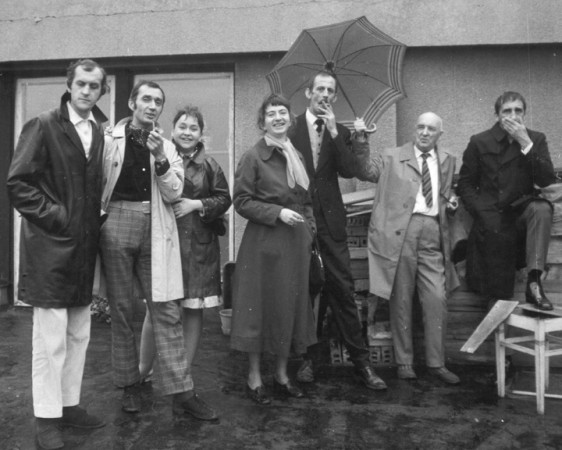 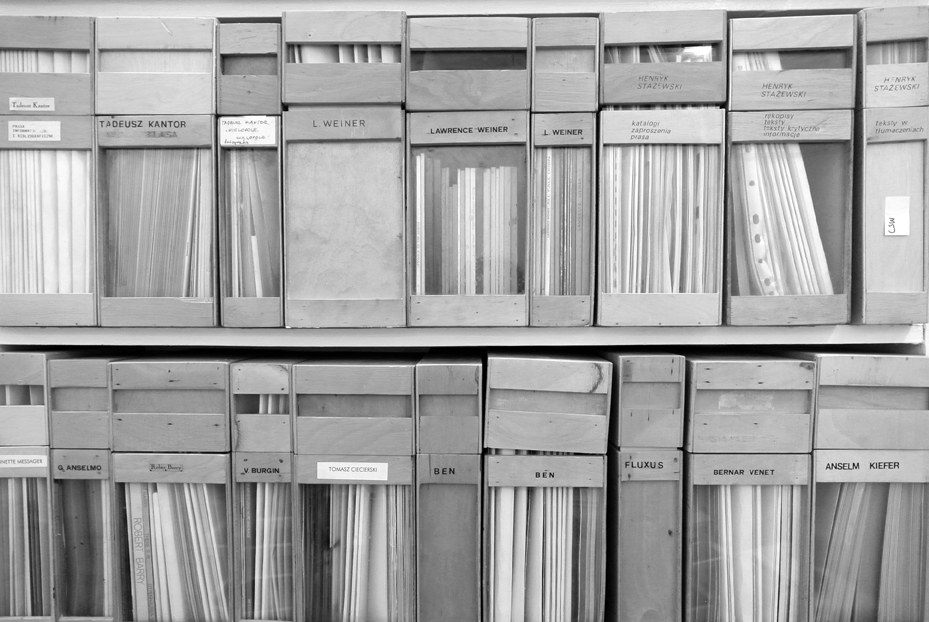 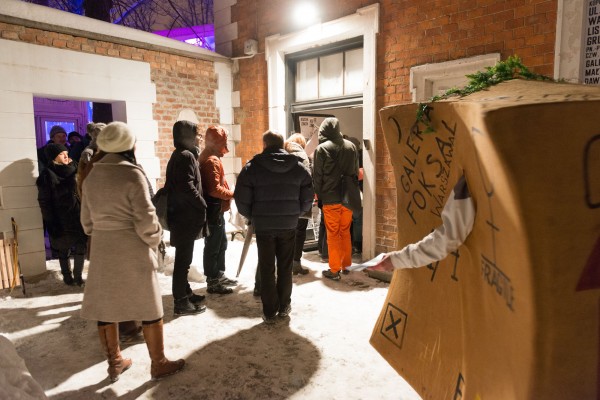