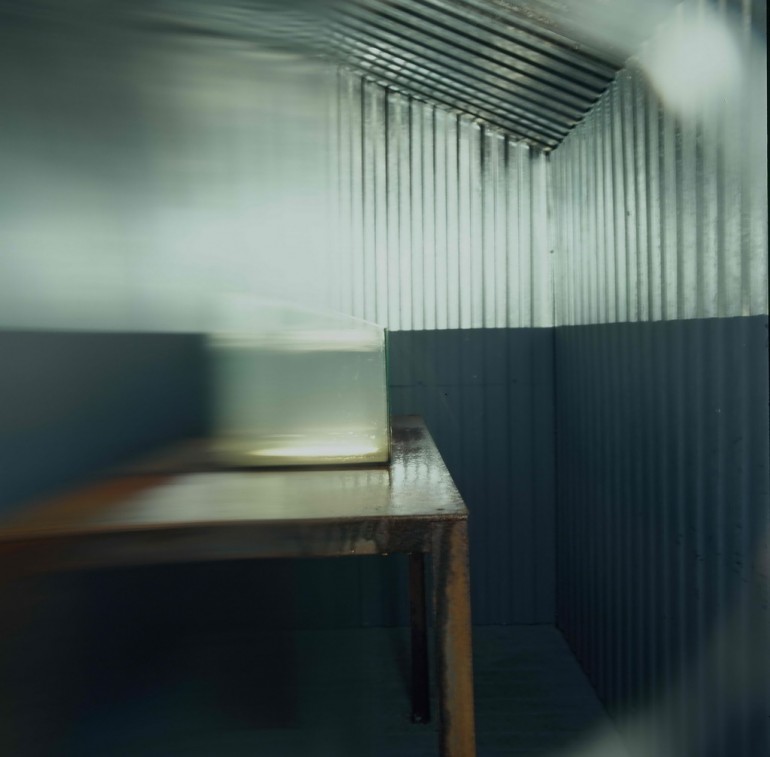 The Shadow Line (A Confession)

Krzysztof M. Bednarski is an artist/sculptor born in 1953  in Cracow, graduated from the Academy of Fine Arts in Warsaw (Jerzy Jarnuszkiewicz’s studio). He is unusually active in various disciplines of art (once he was closely connected with Jerzy Grotowski’s para-theatre experiments). For over twenty years he has lived in Rome, being still present, however, on both national and international artistic scene. His best known artistic realisation is the sculptural installation Moby Dick – 16 Sections Towards Infinity (1986-1987), which belongs to the collection of the Muzeum Sztuki (Art Museum)  in Łódź. This work is an icon of the last decades of twentieth century art in Poland. Recent achievements in the artistic biography of K. M. Bednarski include the Katarzyna Kobro Award in 2004, the exhibition Gē’ Hinnōm in 2003 at the Foksal Gallery in Warsaw, and the show The Underground Ascension / Podziemne wniebowstąpienie (dedicated to Tymoteusz Karpowicz) at the ‘Cysterna’ Gallery in the Zamek Ujazdowski Contemporary Art Centre in Warsaw in 2006.

The Shadow Line (A Confession) / Brzeg cienia (Wyznanie) – K. M. Bednarski’s new spatial work currently presented at the Foksal Gallery – is an obvious but intermediate reference to the novelette The Shadow Line  (A Confession)  [known in Polish as Smuga cienia] by Joseph Conrad-Korzeniowski. The work refers also to Moby Dick, K. M. Bednarski’s earlier work, as well as to many other twentieth century literary and visual/spatial works of various artists. Moreover, it refers to the way of life and creation of the very author. The work is an articulation of his reaching the shadow line as a mature artist and experienced man, as well as an attempt of transgressing another threshold of sculptural creation (which is very strongly rooted in the poetic imagination of such writers as Osip Mandelstam, Josif Brodski, Dylan Thomas, Rainer Maria Rilke, Tymoteusz Karpowicz, Paul Celan).

The exhibition is built from various elements including sculpture, construction, painting, and some DVD film recordings. All of them create together a specific intervention or rather environment, i.e. the kind of work that has often appeared in the art of last decades, and many a time realised at the Foksal Gallery. This is connected with a specific character of the place and with its close collaboration with artists who refer directly to it in the very message of their creation. We can add that Gē’ Hinnōm (Gehenna, 2003), the precedent K. M. Bednarski’s exhibition at the Foksal Gallery, was of similar in approach construction.

The exhibition The Shadow Line / Brzeg cienia is accompanied by a publication of a critical text by Jaromir Jedliński, which includes fragments of his talk with K. M. Bednarski. The text is an attempt of interpretation of various aspects of creation and attitudes of the artist, including general remarks on contemporary art and its references to art history and other creative disciplines (mainly poetry and literature). Moreover, it is worthy of mention that this year was announced to be the Joseph Conrad Year on the occasion of the 150th anniversary of his birth. This gives an additional aspect and context to the summer 2007 show of the spatial work The Shadow Line / Brzeg cienia  at the Foksal Gallery in Warsaw.