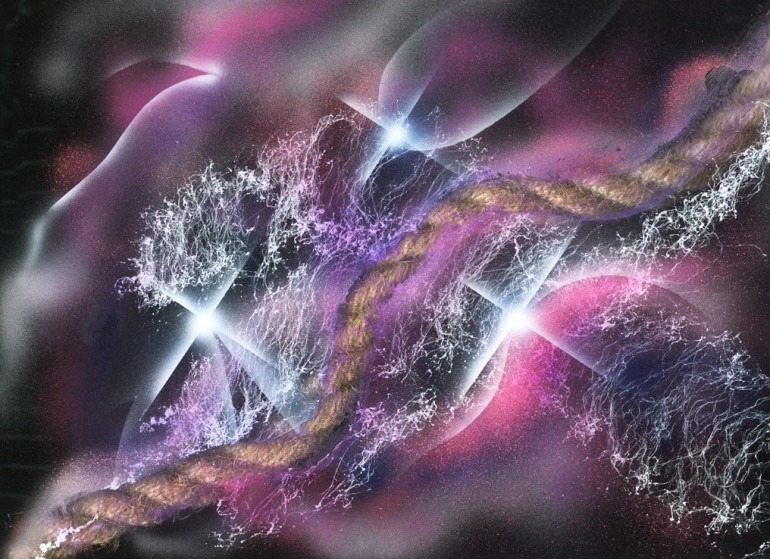 At his first solo exhibition at the Foksal Gallery, Sławomir Pawszak will be showing new works created on photographic paper.

Photography derives its name from the Greek for ‘light’ and ‘drawing’ combined to mean ‘drawing with light’. Nowadays, semantically speaking, it refers to the lasting documentation of an image by means of light and the use of a wide range of techniques. In general, the birth of photography is accepted as having occurred in the nineteenth century, with Louis Jacques Dageure as the obstetrician. Not without reservations, of course, because the history of photography points to numerous examples of the use of light to develop images in earlier eras, while a great many scholars place the genesis of the camera obscura in Ancient Greece.

From the perspective of art, the invention of photography was of profound significance. On the one hand, in freeing artists from the task of mimetically copying reality, it was a crucial wellspring for the Great Avant-Garde trends which emerged in the early twentieth century. On the other hand, the new technology opened up fresh possibilities for artistic creation. At the same time, there were artists who were more interested in experimenting without using cameras, using the properties of photosensitive materials in combination with graphic and photographic elements, painting and all sorts of objects. During the interwar era, Laszlo-Moholy Nagy’s photograms appeared, as did Man Ray’s rayographs and rayograms, Christian Schad’s schadographs and Karol Hiller’s heliographic compositions. In terms of technology, these were not epoch-making discoveries but, in the sphere of art, they were important in that they incorporated photographic techniques into the arsenal of means for the creation of autonomous works. Typically, the artists chose not to describe their work by the name ‘photography’, reserving the use of that term for mechanically recorded images without an inherent creative element. In Paris, in 1937, Man Ray published a book entitled La photographie n’est pas l’art (Photography is Not Art) together with André Breton and, in 1973, he declared that:

An original is a creation

Any reproduction of an original

is motivated by necessity. (…)

To create is divine, to reproduce

Paradoxically, though, it is not his paintings which are held in greater esteem nowadays, but his photography, and not only his raygrams, at that, but also the shots he took for fashion houses. Karol Hiller maintained much the same attitude; in an article published in 1934, he stated that, in painting on celluloid film with gouache tempera, using a range of liquids and preserving his activities on photographic paper, he was aiming not so much to replicate a phenomenon as to revolutionise matter, reconstruct the elements and vegetative forms, to create a galaxy .

Sławomir Pawszak’s photograms, created almost a century on, fit genetically into the stream of experimentation using ‘drawing’, or to be precise, ‘painting with light’. They are undoubtedly most akin to Hiller’s heliographics, but in terms of concept rather than technique. In 1933, Hiller met a scientist, Ary Sternfeld, in Łódź. What brought them together was their profound interest in cosmic space. Stenfeld wrote a book on cosmonautics but, in Poland, his theories and calculations were deemed to be the fabrications of a mad scientist and he was unable to find a publisher. The work was eventually published in French as Initiation à la cosmonautique (Introduction to Cosmonautics) with a cover design by Hiller.

Pawszak uses a scanner and computer for his works, experimenting with form and technique. He creates images by applying transparent paints to the glass of the scanner, juxtaposing them with pictures of enlarged elements of objects, stencils. In form, the structure of the images that emerge is open and outwardly abstract and, in nature, it is fragmentary and syncretic. Affected by the light, the shapes of figures lose the solid mass of their materiality, their corporeality, becoming transparent and interpenetrating. Small islands sometimes appear, illuminated by flashes of light seemingly caused by explosions of cosmic energy. Realistic and fantastical elements coexist, creating images of an unknown universe.

Sensorily, our world relates to a specific size dimension. Although our sensory cognisance falls within a definite range of orders of magnitude, we are aware that what we see with the ‘naked eye’ is located somewhere between the atomic scale and cosmic structures. However, we have manufactured tools which enable us to study those invisible entities and expand our research in the direction of micro- and macroscale alike. They are closely linked to one another, because we do, after all, use the structure of the micro-world to explain phenomena occurring in the macro-world.

In his photograms, Pawszak creates a painterly vision of the macro-world by using enlarged images from the micro-world. To borrow the title of Christophe Galfard’s best-selling book, it is a kind of pictorial ‘universe in your hand’. As mentioned earlier, he uses a scanner and a computer. He seems to be seeking his own unique artistic techniques but, whether we call his new works photographs or photograms or something else again appears not to be of vital significance because, in this instance, we should probably agree with Man Ray, who wrote:

Of course, there will always be those who look only at technique, who ask ‘how’, while others of a more curious nature will ask ‘why’. Personally, I have always preferred inspiration to information

Marta szulc, We are only seeking Man
APL315 Almost Human