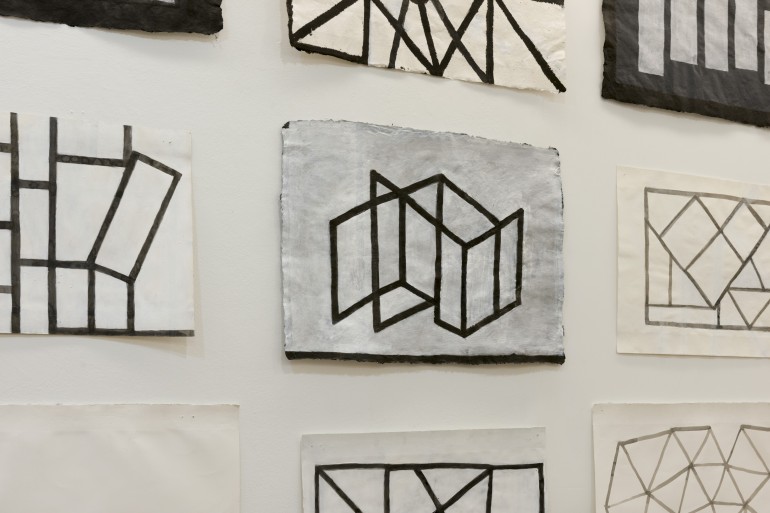 Koji Kamoji, A Prayer to Being

Born in Tokyo in 1935, Koji Kamoji first forged a bond with the Foksal Gallery after graduating from the Warsaw Academy of Fine Arts. He has now been living and working in Poland for more than fifty years. The phenomenon that is his work, sublime, with an utterly frugal use of media, yet demanding heed and attention, is usually considered in terms of ther separateness of the cultural traditions characteristic of the peoples of the East and West. From that perspective, even though Kamoji has exhibited in myriad group shows, representing contemporary Polish art abroad, he still remains, in substance, Japanese, albeit living in Poland. However, it is well worth looking at his work from a somewhat different viewpoint. The point here is to seek, first and foremost, those elements of the world of European thought and tradition, be they more recent or more remote, which find echo in the conceptual formulation of the message communicated by his art.

The exhibition at the Foksal presents drawings by Kamoji dating from the past few years. Given that the artist is Japanese, both his return to that most fundamental dimension of drawing which is a sheet of paper and some ink and his very simple, geometric organisational elements appear to direct the viewer’s attention toward Zen philosophy. Yet Kamoji also considers the drawing to be a tool for intellectual contemplation, the theme of which is the very meaning of art. He by no means encloses himself within the compass of Far Eastern philosophy in his musings, but, in perceiving art, seeks and finds a range of similarities in Western thinking. If an analysis is to be undertaken from this angle, then the best material for an exploration of that nature is most certainly the drawing.

Kamoji does not complicate matters in his drawings; he endeavours to construct his message in the simplest possible way. The metaphysical nature of the works should not be ascribed to a specific religion. Their creator seems to have followed Odo Marquard, conceiving metaphysics as the art of not making the mistake of answering a question which has no unequivocal answer and of treating one’s problems as unconcluded and open.

When creating their visual ‘communiqué’, every artist is subject to an entire range of multifarious factors and determinants. Of course, they bring a certain tradition of representation into play, basing their work on previously forged models and patterns. This is by way of being a kind of native language which the author employs in a manner both natural and self-evident. At one and the same time, when working with a clearly defined intention, artists are unwittingly subject to a whole group of stimuli, running the gamut from habits and customs to emotions. With Kamoji’s art, it is unquestionably extremely difficult to make an inarguable distinction between that which is consciously addressed to the viewer and that which is unconsciously directed toward them. These assertions may be commonplace, yet within them lies a key to interpreting his drawings, wherein the discriminating observer will perceive echoes both of mediaeval Gothic vaulting and of Henryk Stażewski’s reliefs.