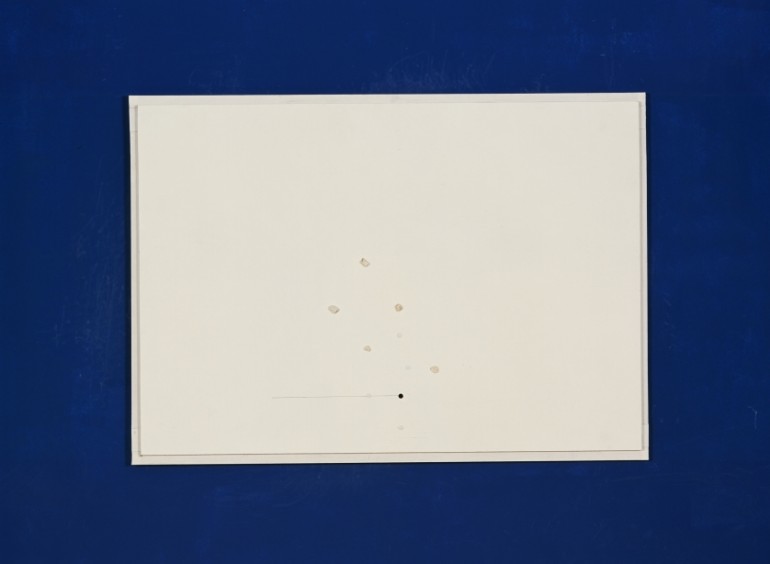 Since seventies Koji Kamoji has been presenting his works as well as installation or paintings.
For some time he creates the white paintings that refer to different situations which appeared in reality. Some of them are very ephemeral, like Trace of a bird’s flight or One sound. The other painting refers to a story about 80 years old man, who, after he had sold his house, bought a yacht and in three months crossed Pacific Ocean, fulfilling a wish of his died wife. Or a tragic story of two boys, 16 and 17 years old, who together jumped out of the 14 floor of the building in Tokyo in December last year. The artists is going to hang this white paintings on the walls painted with a colour of the sea. In this way some of sad paintings can occur bright and more peaceful.