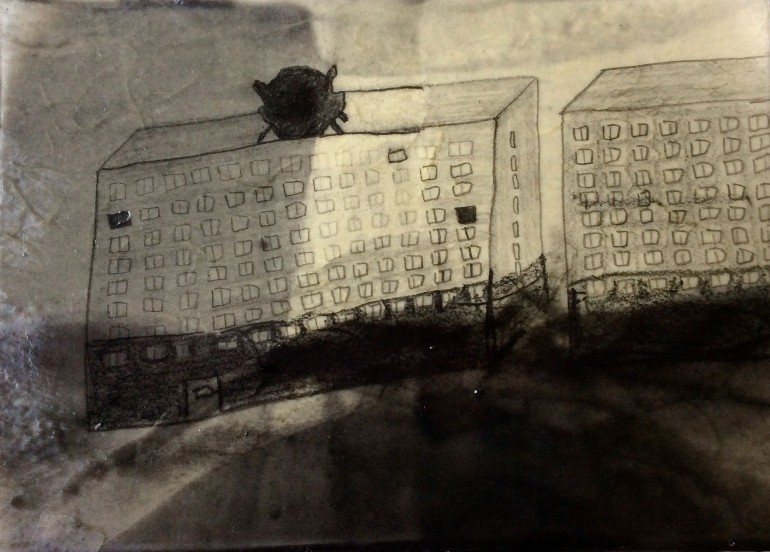 Summer Storage is the second exhibition in a series entitled A PLACE, created to mark the fiftieth anniversary of the Foksal Gallery’s founding and the start of its work. The artists invited to take part were asked to treat a set concept in their own, individual way. That concept was ‘place’, diversely understood; as a certain archetype, an axiom, a place in a space, a place in history, a symbolic place or, indeed, the formulation of notions of ‘place’ by theorists from various fields of scholarship.

The title, Summer Storage is borrowed from the formula for two group exhibitions held in 1967 and 1968, where works by artists collaborating closely with the Foksal were shown. At that time, the circle of artists consisted almost entirely of men, with only one woman figuring amongst them; Maria Stangret, whose work went on show in the first exhibition of the PLACE series. Fifteen women artists were invited to take part in the current exhibition, including thirteen of the thirty who have presented their work at the Foksal during the five decades of its existence. The invitation was a form of intuitive action and, in its way, a gesture of contrariness directed toward the curators of the other parts of the series, where the artists they invited to participate were almost all men.

The Foksal Gallery has long been seen as a place dominated by outstanding artists with charismatic personalities, but women have only exhibited here sporadically. The disproportion between men and women was particularly distinct until the mid nineteen eighties. During that period, Maria Stangret, who collaborated with the gallery on an active and long-term basis, exhibited her work here, as did Anette Messager, whose Serials, a solo exhibition, was presented in tandem with a show by Christian Boltanski. Elżbieta Cieślar, together with Emil Cieślar and Caroline Rose, also made an appearance here with photographs documenting the productions created by Teatr Cricot 2 [Cricot 2 Theatre]. The gradual shift in those proportions began in the mid nineteen eighties with several solo shows by a promising young painter, Anna Beller. The circle of women exhibiting at the Foksal was also joined by Zuzanna Janin, Hege Lønne and Marion Coutts, as well as Stina Eckman and Kasja Mattas, whose work was shown at a group exhibition of Swedish artists. The nineteen nineties further levelled out the difference, with exhibitions not only by Polish artists such as Katarzyna Józefowicz, Jadwiga Sawicka and Anna Niesterowicz, but also by artists from abroad, including Susan Hiller and Gerda Steinert. However, the real breakthrough occurred over the last sixteen years and it has now become rare for a year to go by without any solo shows by women artists. Those who have joined the Foksal’s ‘circle’ include Marzena Nowak, Angelika Markul, Małgorzata Dawidek and Bianka Rolando.

Over the course of five decades, the gallery has held several group exhibitions, but the presence of women artists amongst the exhibitors has constituted an insignificant percentage. The current exhibition is thus the first group exhibition the history of the Foksal to consist entirely of work by women. At the same time, we have delivered this ‘place’ into their hands. The modest space brims with works by fifteen women artists who adopt diverse creative approaches and who have tackled the theme of ‘a place’ in wholly different ways. The gallery has become a warehouse, a temporary place for storing objects which, left here for the summer, fill it with the energy of many and varied concepts, records of memories, personal stories and powerful emotions. At the same time, they define the existing place anew.