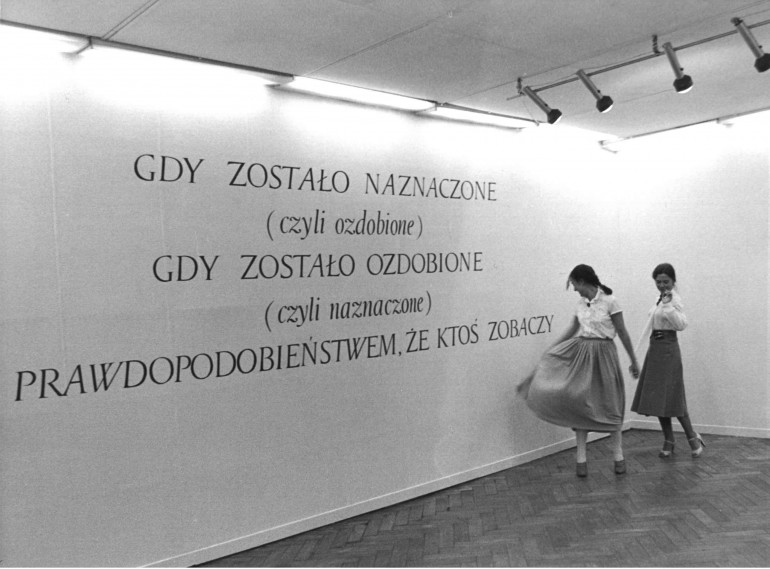 WITH A PROBABILITY OF BEING SEEN. WORKS, PROJECTS AND DOCUMENTS IN THE COLLECTION AND THE ARCHIVES OF THE FOKSAL GALLERY

The title of the exhibition echoes that of Lawrence Weiner’s solo exhibition at the Foksal in 1979, while the exhibition itself is a subjective overview carried out by three curators on the institution’s history and its present place in the international and Polish cycle of art.

In presenting this sizeable group of works and archival materials, the curators endeavour to examine the organic concepts written into the Foksal’s history, concepts such as ‘institutional memory’, ‘place’, ‘archive’, ‘documentation’ and ‘programme’, as well as the works of the people who have collaborated with the gallery over the course of five decades.
Contemporary readings of texts which were written in the Foksal milieu and are now classics in the fields of art history and history are of particular significance in the context of the exhibition. They include such writings as An Introduction to the General Theory of PLACE (1966), What Do We Dislike About the Foksal Gallery PSP? (1969), The Living Archive (1971) and Documentation (1971).